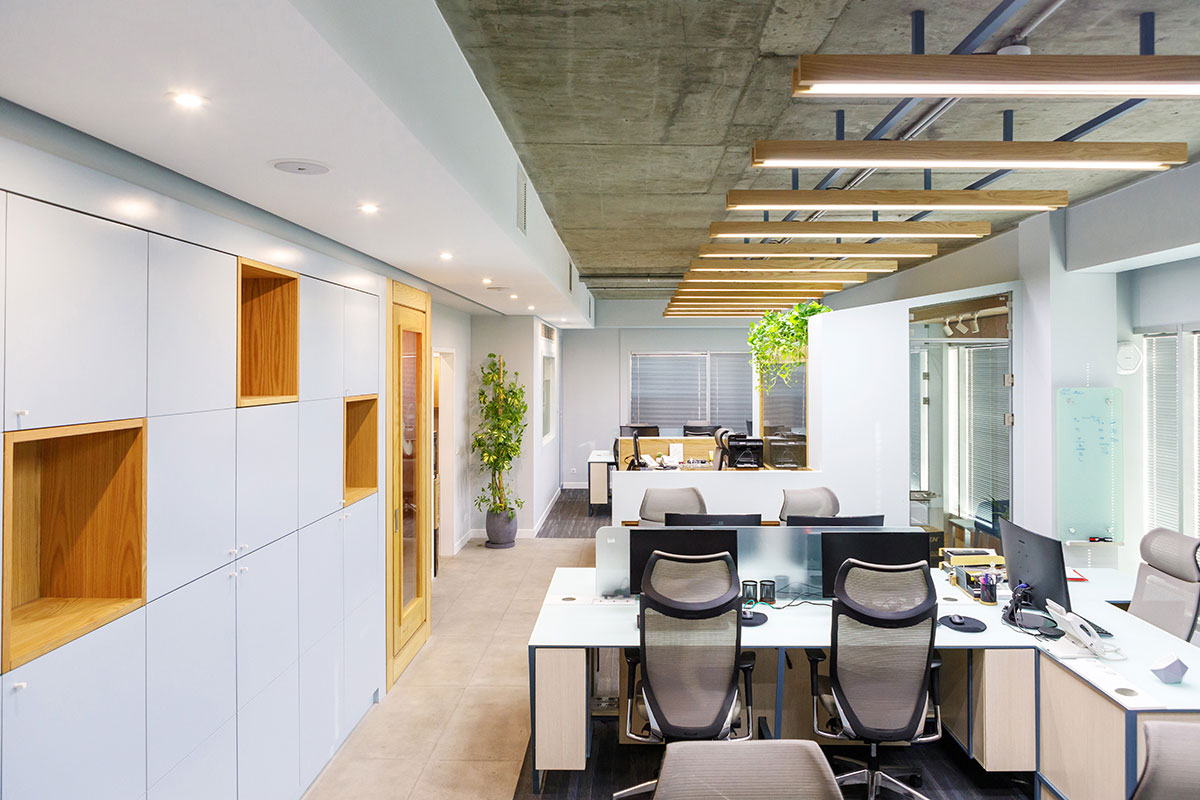 Date of starting the project: March 2018

Date of completion of the project: June 2018

The reconstruction of Charisma Administrative Project was executed in the sixth floor of 12th floor of Negin-e Azadi office building Located in Tehran, Beheshti Street, near of Mirza-e-Shirazi, No. 283, that each floor comprising 2 administrative units with an area of 165 square meters. 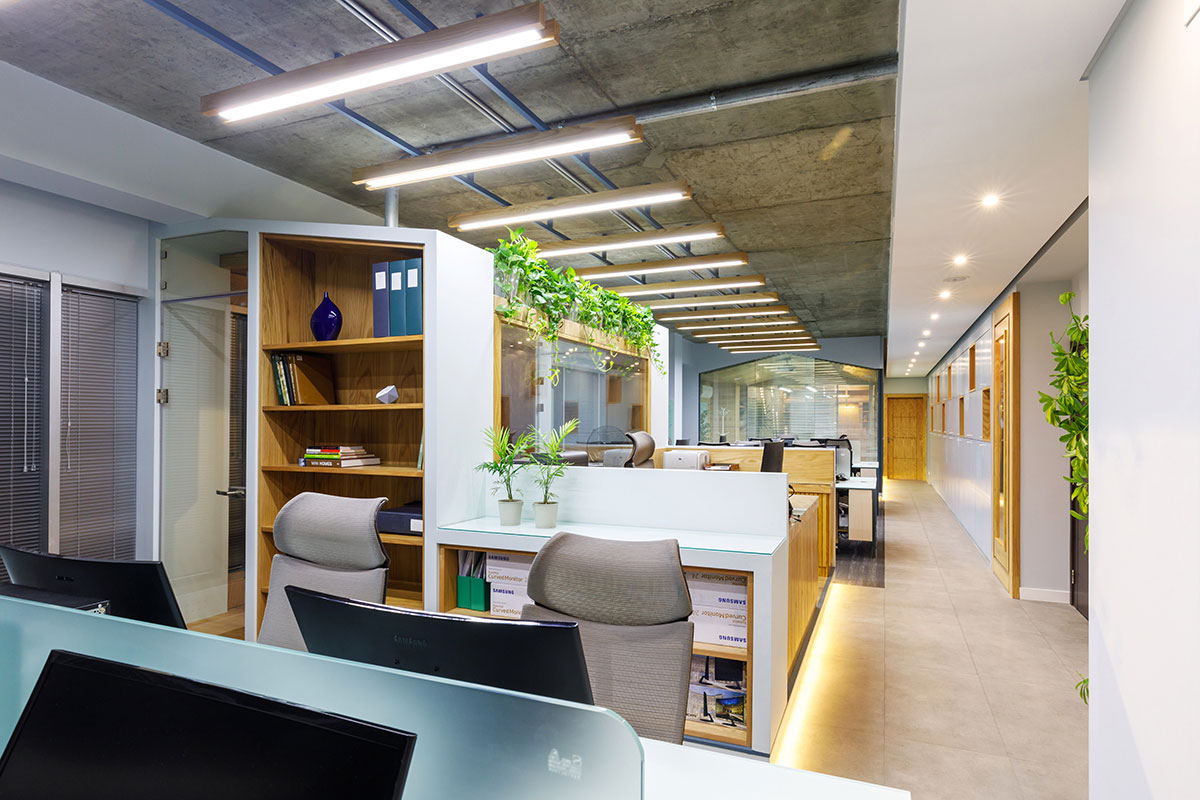 The Idea behind the Design of the Project

Since the field of activity of the company was the capital and stock market, after the initial reviews and studies, we found that this business is fraught with stress and tension. Therefore, we put the main idea of the design on elements that are relaxing and reducing the seriousness of space. 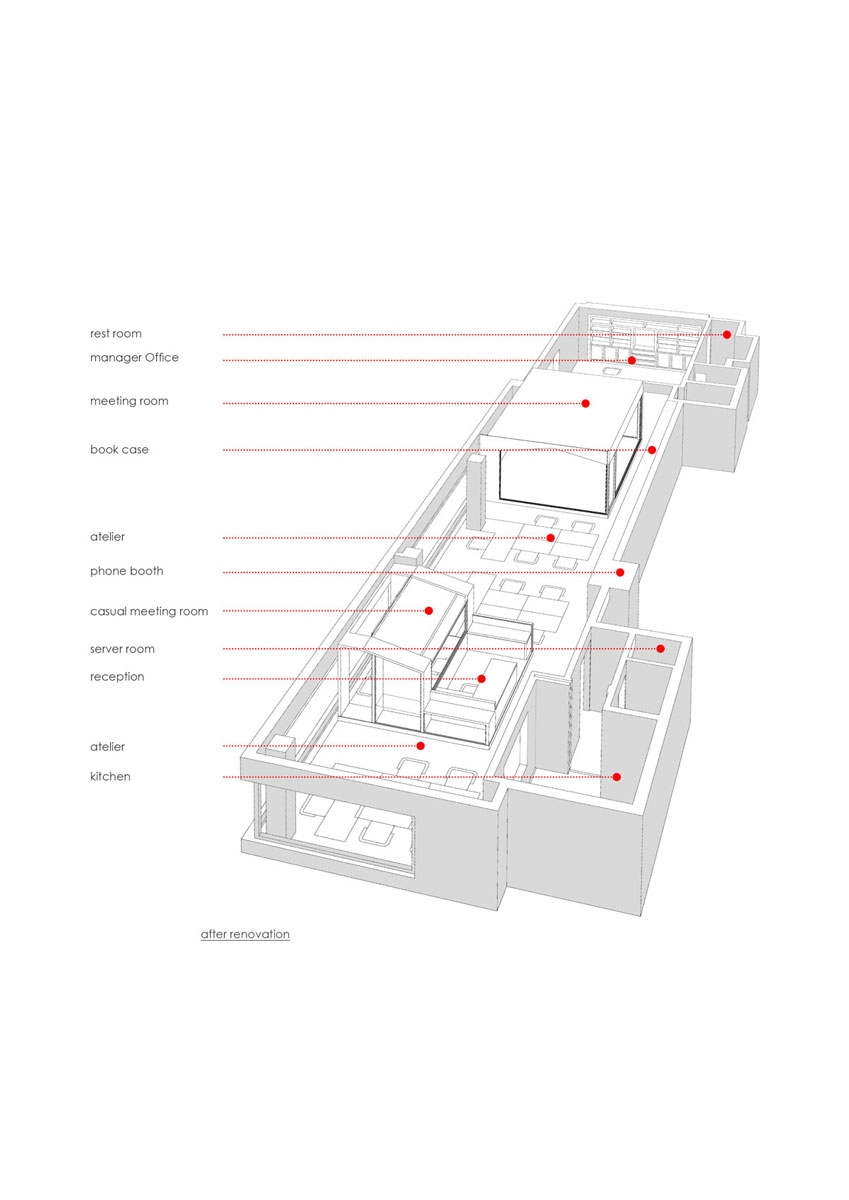 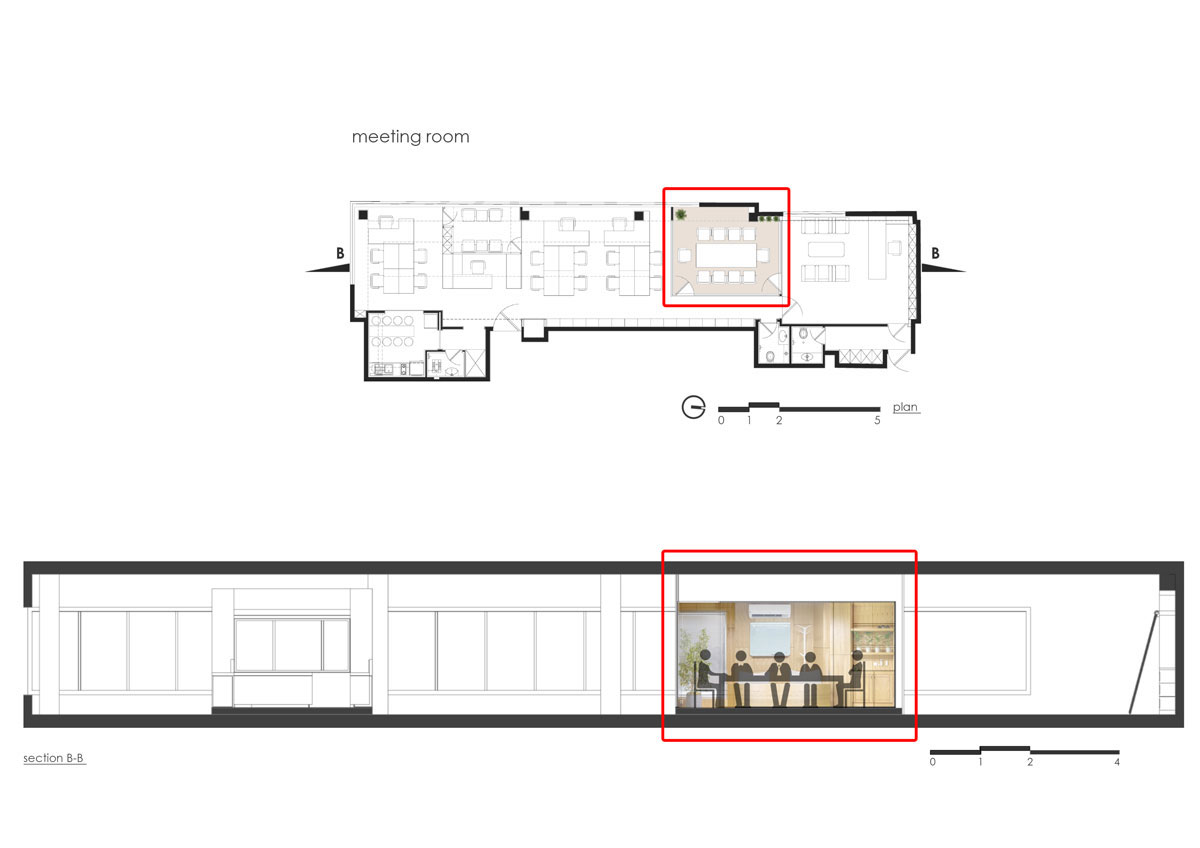 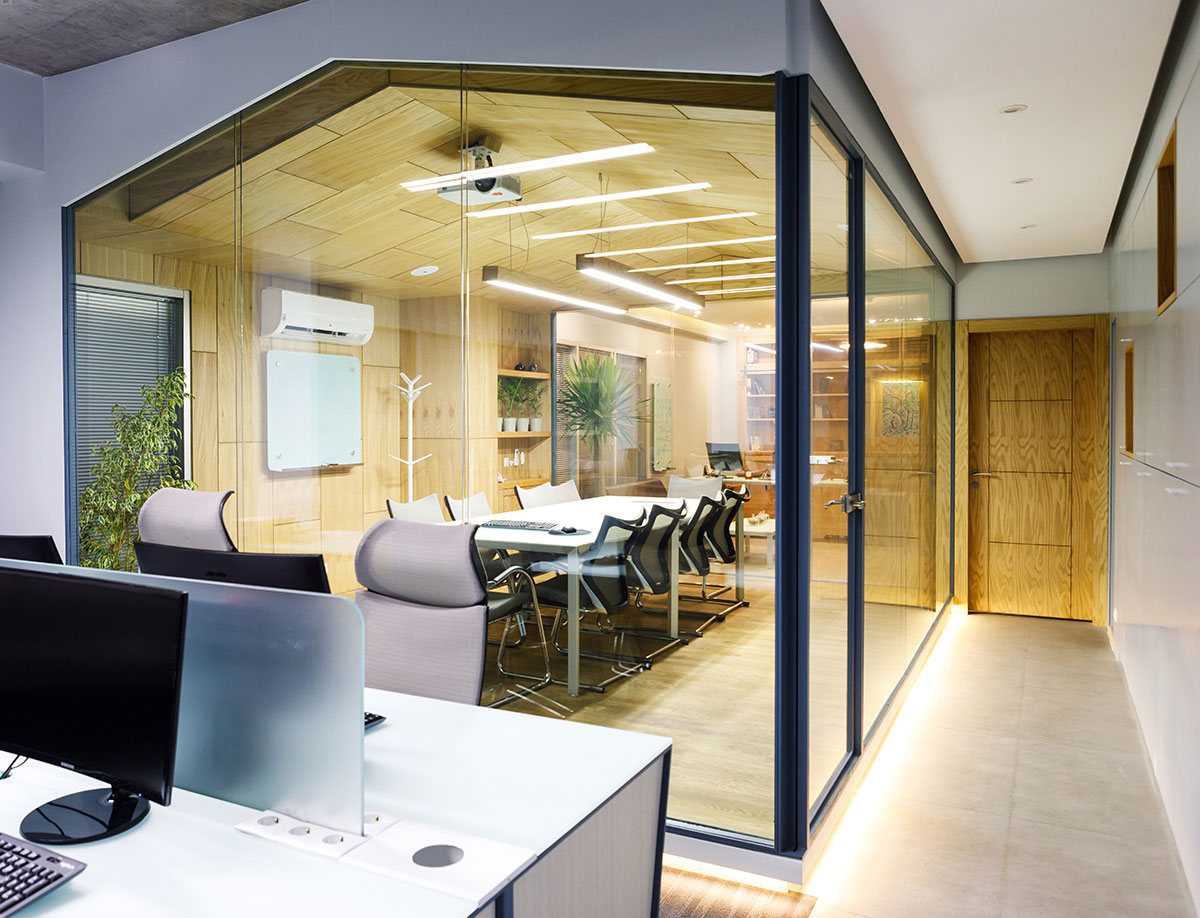 One of the filters mentioned was the main meeting room, which was created different spaces by sloping the roof from inside and helping to create a calmness from the outside of its roof. The entrance section, which included the second meeting room and the secretary's desk, was designed to be shorter altitude than the rest of the spaces to maintain the integrity of the administrative division and the unifying element of the office space which is the lights, don’t interrupt in dealing with the input section. 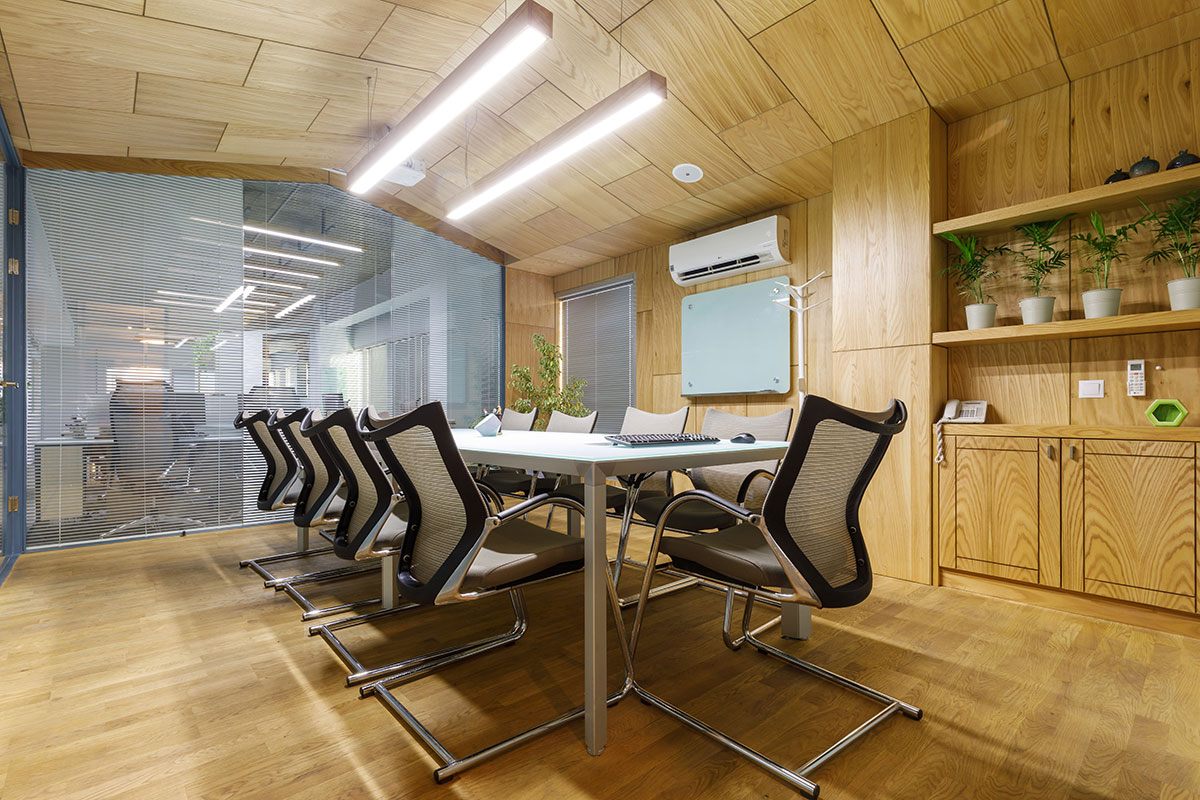 These two filter spaces (the main meeting room and the entrance section) were slightly distanced from the ground and it was further characterized with the underlying light below it. The access path of all spaces extends longitudinally in the east of the administrative, entrance and meeting rooms and ends at the entrance to the manager's room. This access was characterized with a shorter and suspended ceiling with 5 cm latches around it and installation channels are located behind it. On the eastern side of this corridor is an all-around bookcase and at the beginning of this closet, a telephone kiosk was designed that the employees can use it to speak on the phone. 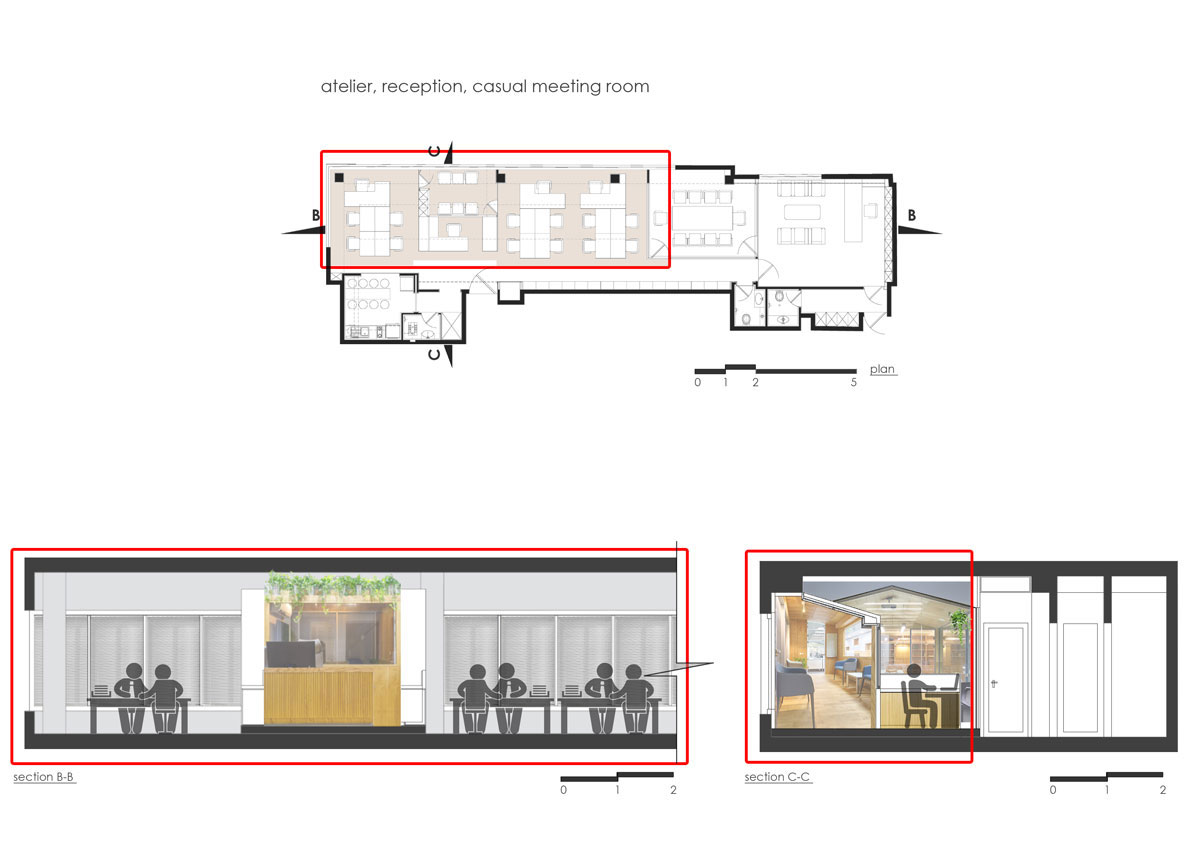 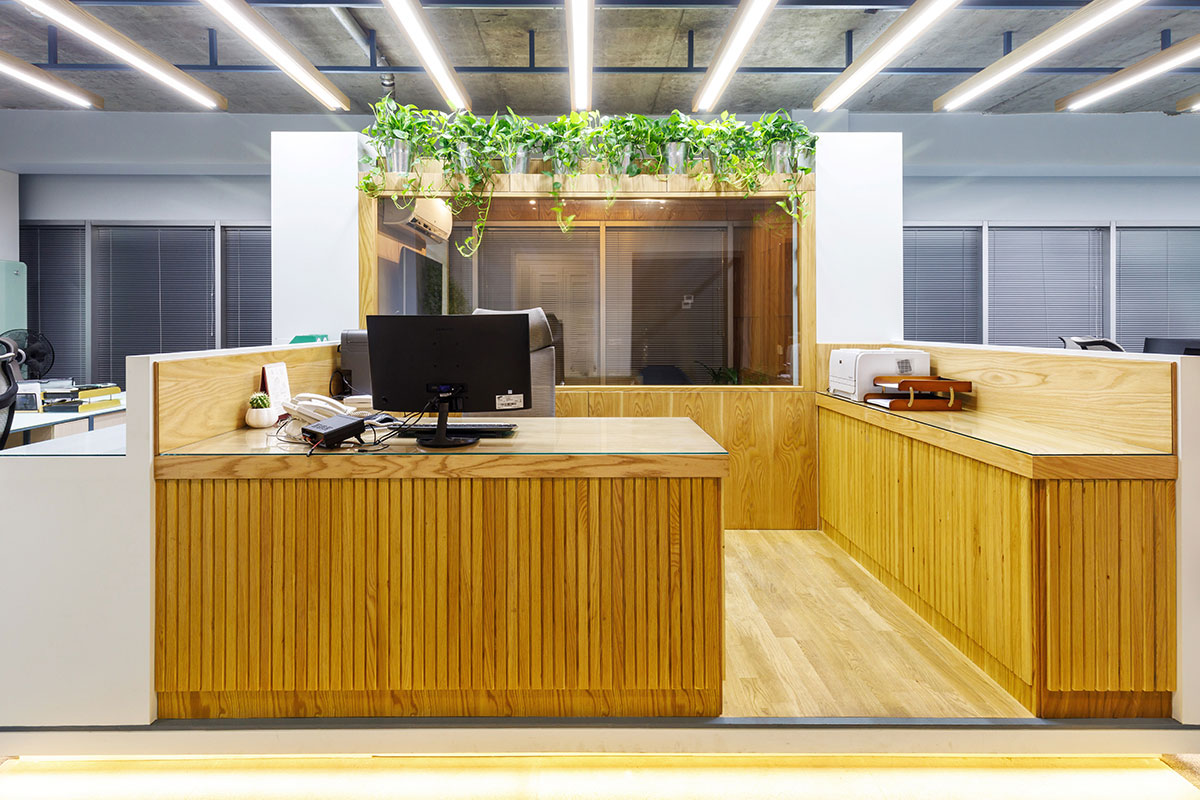 After the destruction of the old false ceilings we reached the ceiling of the concrete structure of the building, which was a polished and beautiful concrete. So we decided to keep this roof exponentially. In order to illuminate the hall, linear lights were designed in such a way to create a correlation between the two administrative sections by repeating the horizontal lines. 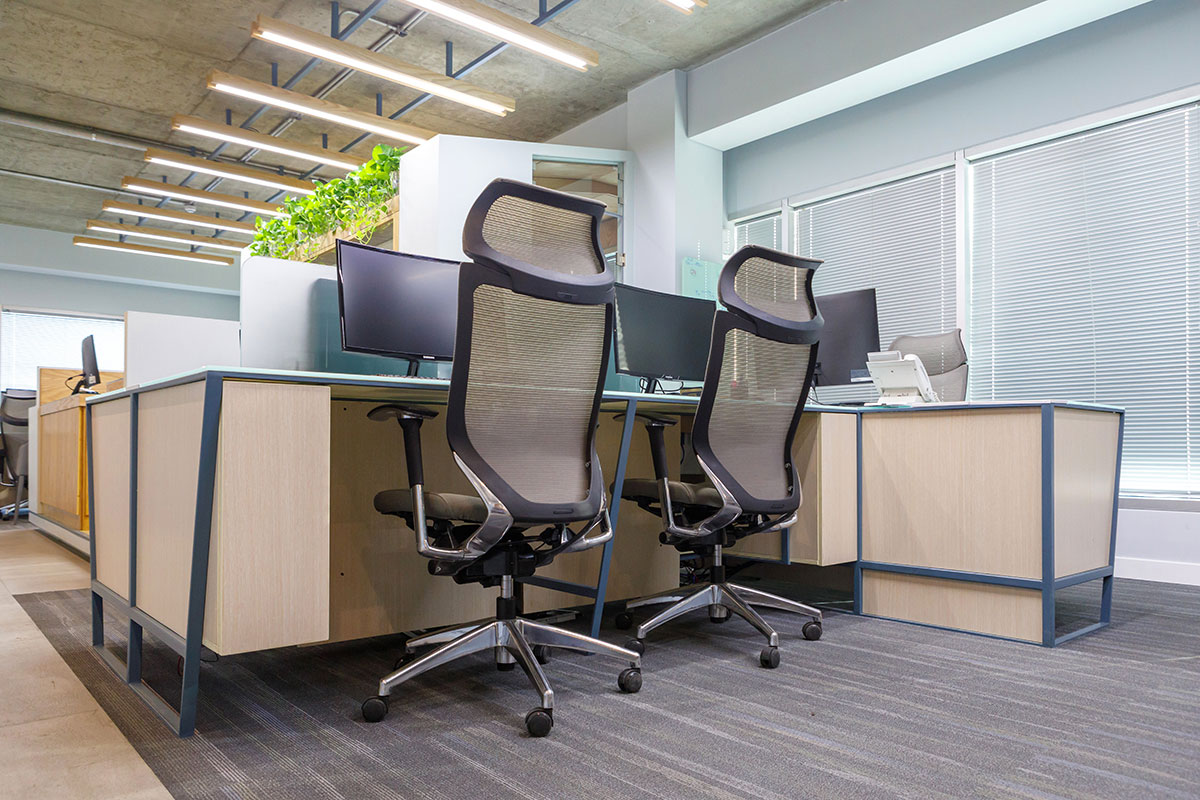 In this project, staff tables were designed and built specifically according to the type of work they needed and the space they needed to work. So that for each set of five-seater tables, a desk is dedicated to the supervisor of that section and for each desk the case place, the place of legs, the duct location of cables and wires, and the cables and the Built-in trash were built. 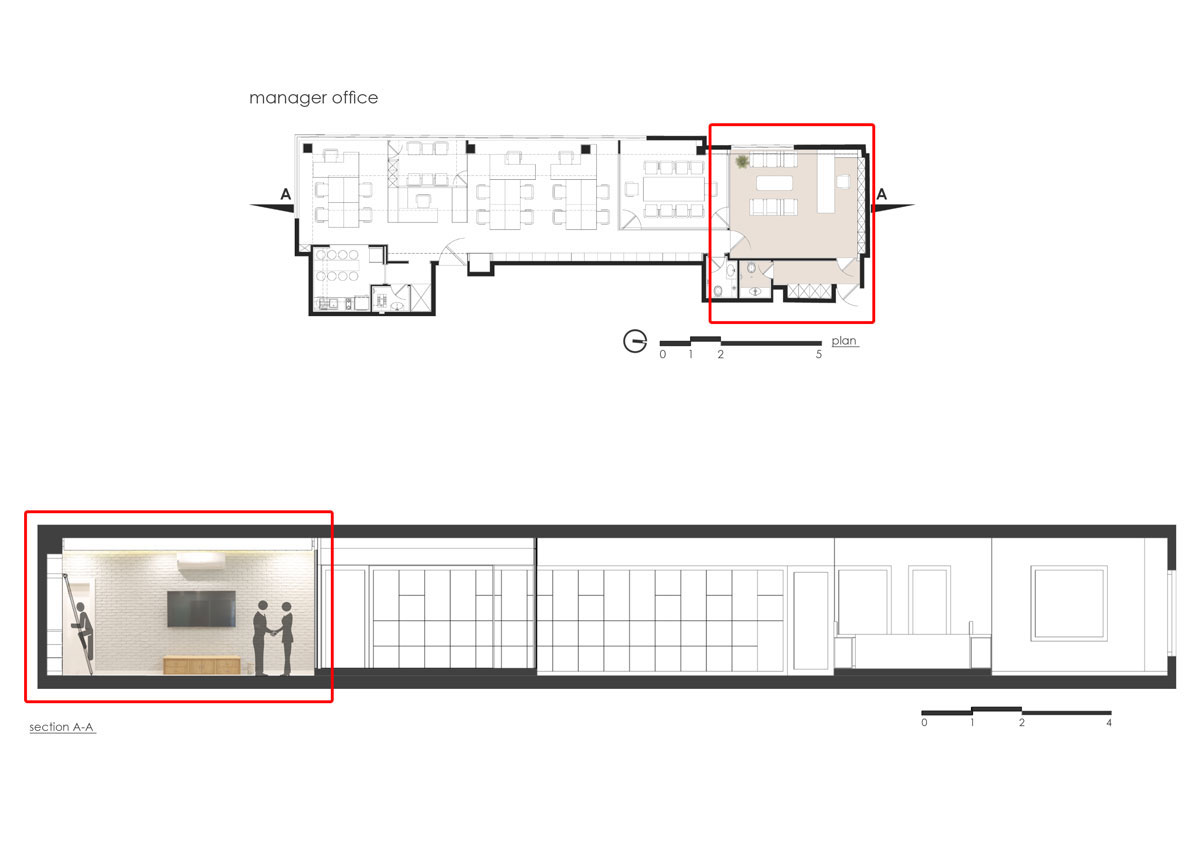 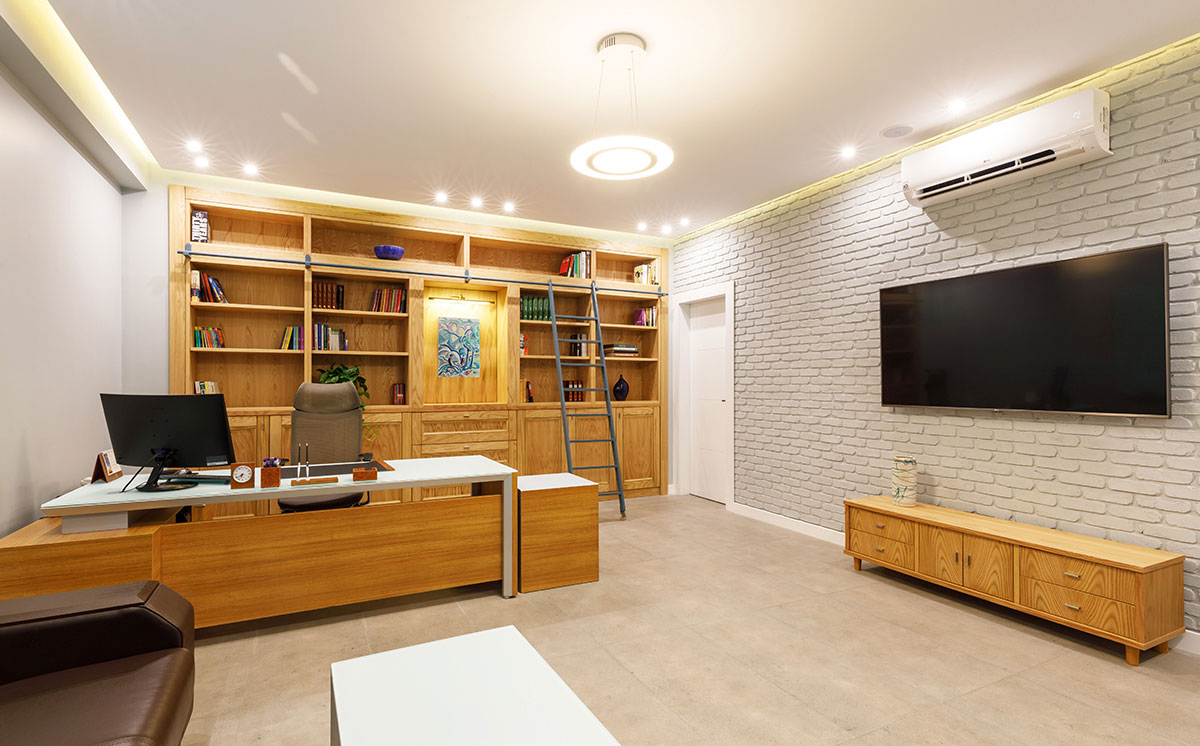 In choosing colors, we tried to use neutral colors to show the warmth of wood used in finite parts, and the main theme of this neutral color is a combination of light blue and gray, which is also a good complement to the color of the wood and also a soothing color.