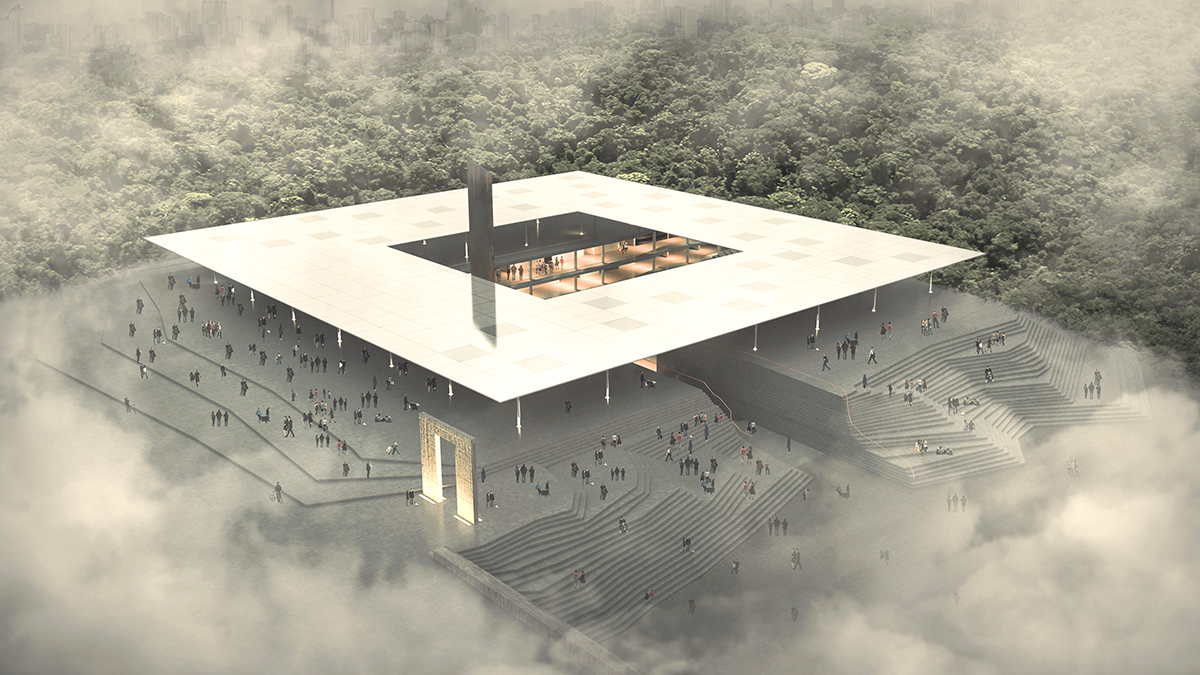 The collection is located in the 6th district of Tehran alongside the Laleh Park. It has the potential of attracting visitors to this complex, using its facilities and passing through it and, in this passage, traces itself Leave behind and establish a relationship with the other. Properly, the name of this passage has long been called the "passage of culture and art."

In the design of this center, we sought to provide a new type of cultural and user interface for users, and a central place where all people in the community could benefit from it with every level of culture and literacy. It is a complex with a multipurpose spatial structure with unlimited functions and no confinement. This flexibility goes hand in hand with the fact that the center, in addition to responding to the needs, becomes a space for the city's service. 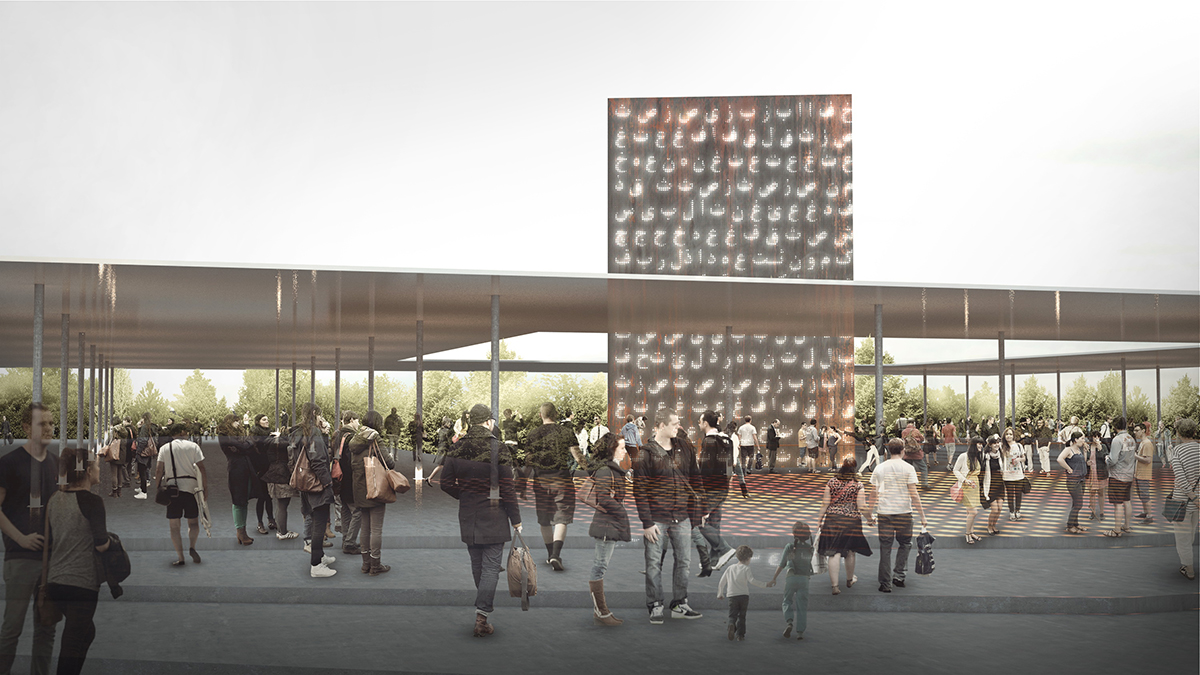 On the street level, there are three major parts: 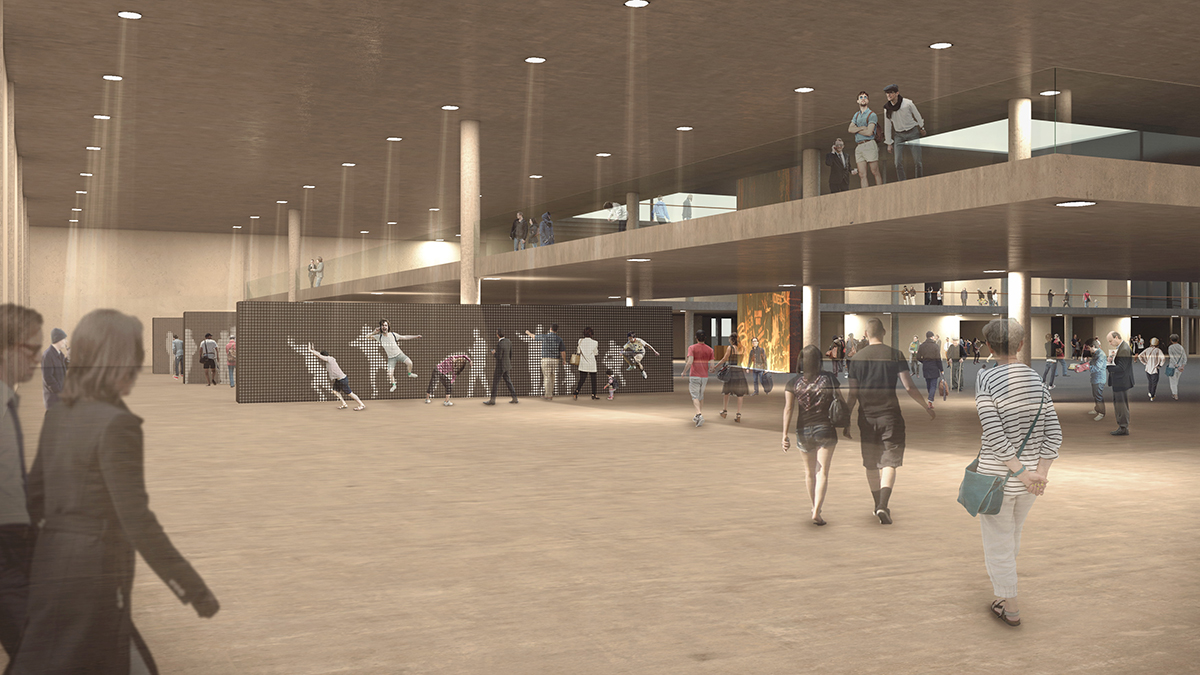 One of the most important factors in designing this collection is the site's neighborhood, each of which has significant effects on the design; Two major Iranian museums, the Museum of Contemporary Art in the south, the Carpet Museum in the North and the Laleh Park on the east side of the site. Another important factor that had a significant efficacy on the formation of the project space was the current use of the site. A space known as the "Crossing of Culture and Art", which was a local from a long time ago for social gatherings and social interactions, as one of the most important port of call centers in the region, this space is visible with the element of the "Crossing of Culture and Art" indicator. Two levels of potential accumulation and communication on the site were considered and amplificated, the first along the street and the second in connection with the park, which was created by creating a central courtyard in the middle of the set. The icon of the complex was considered to be a monolithic wall in the Plaza, which is well visible from the level of the Kargar street and the sidewalk. In the last step, by placing porch on the entrance complex, according to the Gestalt theory, the entire set at first vision is associated with a cubic structure, but this cube does not have a wall, So there will be a full view of the park and museum from the Kargar street. Vertical elements of the porch holder are designed with elegantly design and the porch itself is made up of an extensive network. 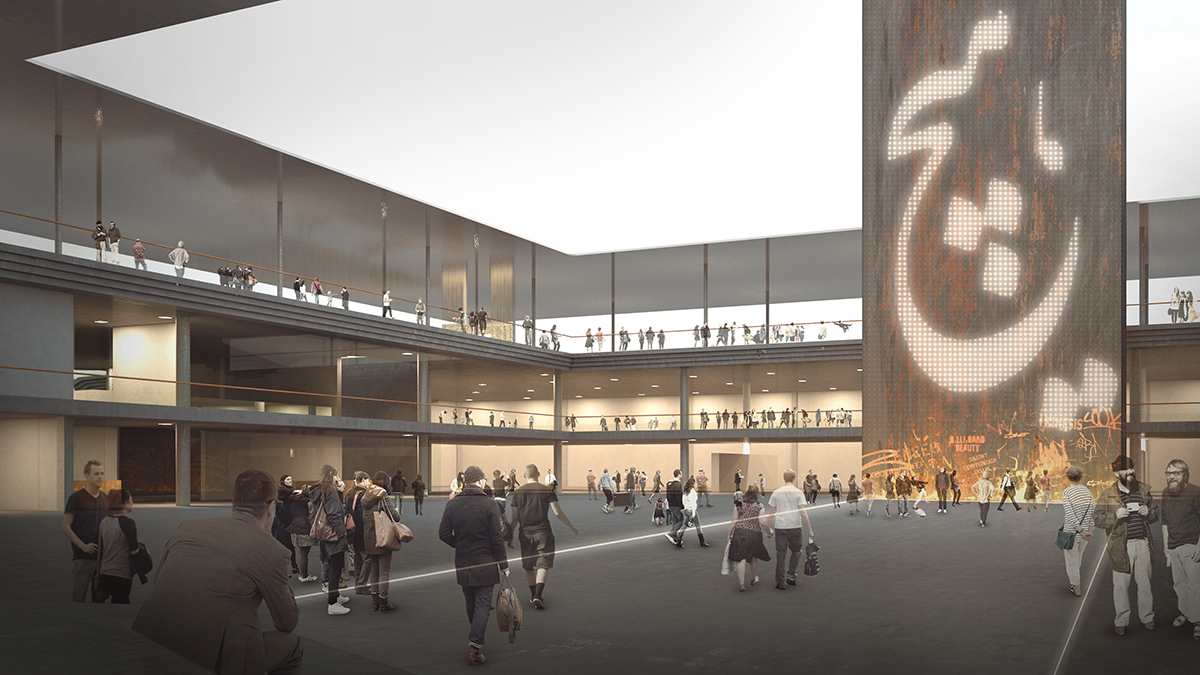