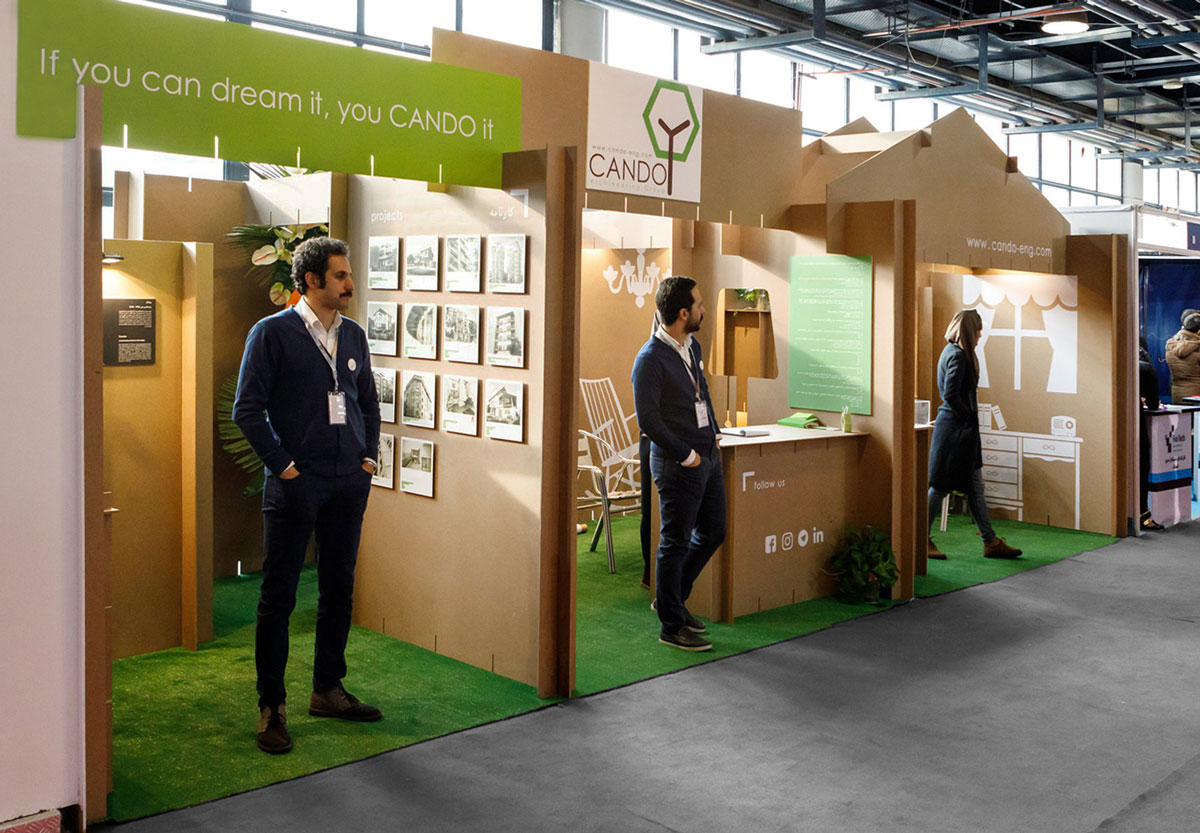 Cando Group had designed a 8*3 m^2exhibition stand and implemented it in MIDEX (Architecture and interior design) exhibition 2017 in Tehran-Iran. This stand was located in the western side of Milad Tower’s permanent exhibition hall in a way that it was visible both from the northern and the southern angle. Since the length of the stand was twice as big as its width, we divided it into three sections in a way that they were interconnected to each other from behind.

The major points in construction of the above mentioned stand were time saving and ease of implementation. The segments were pre-made joinery or woodworking joints. The concept was based on Brain Flakes and all of the segments were installed right in the exhibition hall without using any tools, in less than three hours, with three people. Before installation, a precise plan of how the segments were to be installed was created saying the exact order in which different segments had to be installed respectively. The plan was tested several times using different scenarios on a 1/10 mock-up to ensure the ideal plan.

The segments were chosen in a way that not only would they create the necessary space, but it would also ensure security and stability of the structure.

The passage way of the visitors was designed in a way that they would receive information on different subjects about the company when they looked at each wall. Stickers were used in the meeting zone of the stand, so that the visitors would feel nice and at home when they entered this area.

The stand divisions and segments were constructed in a way that they would create five main knots on the way of circulation inside and outside of the stand. We considered definitions for these knots so that each knot would convey some information to the visitors.

Since the color of the logo of Cando Engineering Group consists of white, brown and green, we decided to choose those colors for the stand and use cardboard as the material because it is both light and shows green and white better due to its khaki color.
However, we had to use 8-mm MDF as the raw material instead of BCB-flute cardboard as it was not available in Iran. Green was the artificial grass flooring and some plants, white were the stickers on which required information was brought to the customers.

Using a precise and complicated scenario within three hours with only three people and sticking stickers and pictures, placing plants and lights, and installing artificial grass on the floor afterwards, created the necessary unity in the stand.